The Department of Basic Education is inviting members of the public to provide their input for the proposed 2026 school calendar. The calendars for 2024 and 2025 were recently given the stamp of approval.

Although the 2023 school year is yet to kick off, plans for the next three school years have already been tabled.

The school calendar for 2024 and 2025 were given the green light of approval by the Department of Basic Education (DBE). The next focus is on gazetting the proposed 2026 school calendar, which is still under review at the moment.

The DBE has recently published the approved school calendar for 2024 and 2025. The stamp of approval was given after months of deliberation and public comment, but is now set in stone.

Currently, the next school calendar that has the DBE’s attention is for 2026. Although that year is some time away, the Department has encouraged the general public to submit their comments and opinions for consideration.

According to the DBE’s Spokesperson, Elijah Mhlanga, the Government Gazette will be coming out next week, inviting South Africans to make their input if they wish to do so.

The DBE will take into consideration the public’s points regarding the 2026 school calendar, just as it has done for the 2023, 2024 and 2025 calendars. The school calendar will only apply to all public schools throughout the country.

The proposed 2026 school calendar will potentially see the school year begin on 14 January, 2026 and officially end on 9 December, 2026. 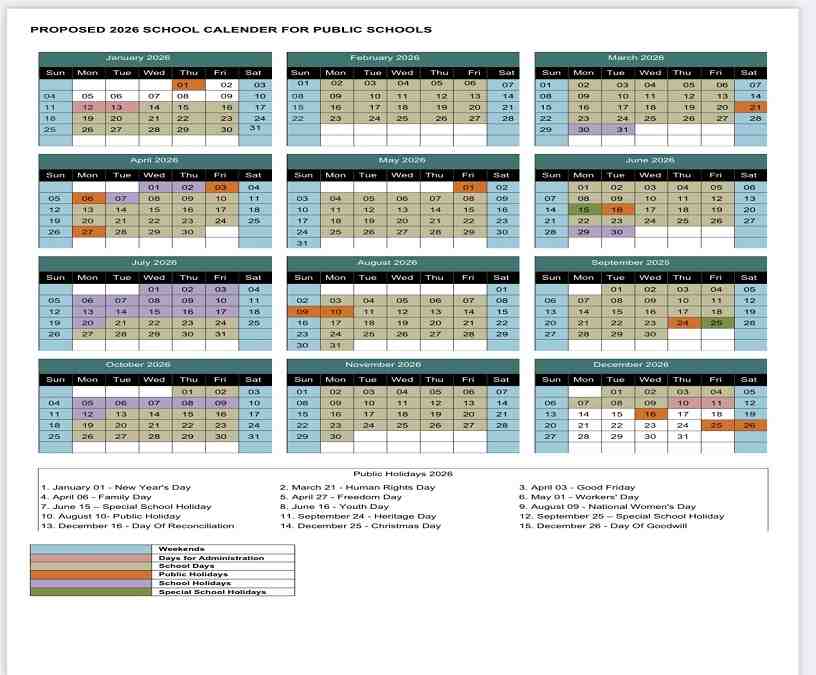 Typically, schools situated within inland provinces will have a different starting date than schools located in coastal provinces, usually with a week’s difference between the two groups.

Now, for 2025, both inland and coastal groups will have the same start and end date for their school terms. Time will tell if this will be the same case for the 2026 school year.

These Are Unisa’s Latest Exam Changes