Although the focus right now is on making it through 2023, the 2025 school calendar is ready to go. Here is what learners and educators can expect.

The Department of Basic Education (DBE) has published the approved school calendar for 2025. The green light was given after months of deliberation and public comment, but is now set in stone.

The 2025 school calendar will run from 15 January to 12 December, making it a total of 200 school days. While the year is expected to have additional school holidays compared to 2024 (27 vs 25), this is still fewer than previous years.

Minister of Basic Education, Angie Mothshekga, has given the go-ahead for the proposed school calendar for the 2025 school year, taking note of the public’s comments that were welcomed during the proposed stage.

With the 2025 school year calendar approval comes the inclusion of the noticeable change to the different starting dates for schools within in different provinces.

Typically, schools situated within inland provinces will have a different starting date than schools located in coastal provinces, usually with a week’s difference between the two groups.

Schools in inland provinces will open on 9 January for this year (2023), with learners returning to the classroom on 11 January 2023. Inland provinces include the Free State, Gauteng, Limpopo, Mpumalanga and the North West. 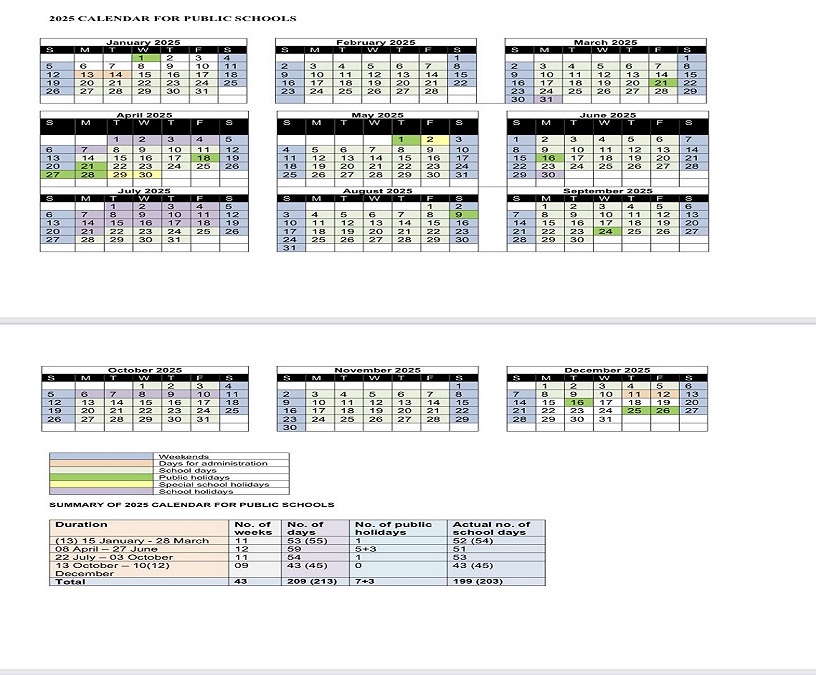 The 2025 school year also marks the deadline for two major changes expected for South African schools and learners. The long-discussed coding and robotics curriculum is expected to be in full swing by that time, as well as the much anticipated General Education Certificate.

According to the DBE, the 2026 school calendar is also ready but, at this stage, for public comment only. The general public is welcome to submit their thoughts and opinions on the 2026 calendar once the gazette is released during the week of 9 January, 2023.